Allain Gaussin was born in 1943. Laureate of several first prizes at the Paris Conservatory, he won his composition prize in the class of Messiaen, and then went on to study computerised music at Ircam.
On several occasions he was selected for residencies, at the French Academy in Rome (1977-1979) then to the DAAD in Berlin (1984-1985) and to the Villa Kujoyama in Kyoto (1994-1995). At the same time, Allain Gaussin’s music acquires an international renown with concerts, lectures and composition seminars, particularly in Darmstadt (1986 and 1988).

Currently, he teaches composition at the American Academy in Fontainebleau. In 2012 he was granted the tittle of « Visiting Professor » at the Osaka College of Music and Honorary President of the Franco-Japanese Association for Contemporary Music in Tokyo. 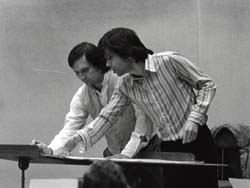 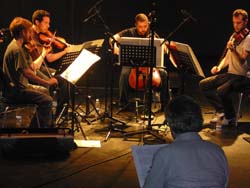 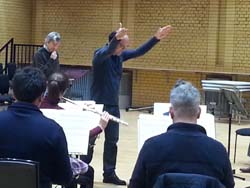 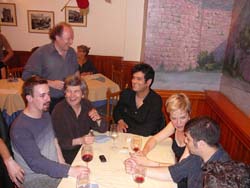